Knowing the Past to Understand Our Present

This is a community event for the entire family in observance of the documented arrival of African people during 1619 in Jamestown Virginia.

Sponsored by the African American Historical Society of Rockland County (AAHS).  The year 2019 marks 400 years since the documented arrival of African people in Jamestown Virginia. Our program is a recognition of the contributions of African peoples to the Americas. This is a community observance for the entire family and an educational experience for educators, students and the community at-large.

Celebrate the resilience of African American people who have a proud history and a significant role in building this country.

Join us for music, dance, poetry, spoken word, resistance readings, and much more!

ADMISSION IS FREE AND OPEN TO THE PUBLIC

Slavery’s Exiles, The Story of the American Maroons; Dreams of Africa in Alabama: The Slave Ship Clotilda and the Story of the Last Africans Brought to America; Servants of Allah: African Muslims Enslaved in the Americas; Black Power 50 and many more.

Dr. Diouf is the inaugural director of the Lapidus Center for the Historical Analysis of Transatlantic Slavery at the Schomburg Center for Research in Black Culture, New York Public Library.

Book Signing and Reception at Conclusion of Event

Experience performances and readings by local community leaders and friends. Hear the voices of the past. Learn about two of our readers:

Kymberly Newberry has had over two decades of acting experience from Michigan to Los Angeles where she enjoyed a successful career in front of the camera, with scores of series regular and guest appearances on Martin, Seinfeld, The Practice, ER, NYPD Blue, Barbershop, The Ghost Whisperer and Dirt. Kym is now completing her doctoral studies at the W.E.B. Du Bois Department of Afro-American Studies at UMass Amherst.

Jonette O’Kelley Miller is a freelance writer who focuses on modern and contemporary art, issues surrounding social justice, and humanity. In her early years, she was an actress-dancer, performing in Joseph Papp’s Public Theatre in Spell #7, and also as the “Lady in Green” in the Broadway version of For Colored Girls Who Have Considered Suicide When the Rainbow is Enuf, and as the “Lady in Yellow” in the show’s National Tour.

Earl Miller embodies years of experience as a leader in addressing workplace and community diversity issues. As a higher education professional, he served as an academic advisor, instructor, and college administrator. Earl is a four-time New York City Marathoner, former Rock/R&B/Jazz musician, professional actor and director, former NCAA College Golf coach, an ordained minister with earned Master Degrees in Organizational Leadership, Marriage/Family Therapy. He and his wife, Jonette have an adult son.

Hervé Alexandre is one of the new crop of young, talented entertainers that never fails to impress. Performing since he was nine years old, he has competed on national levels for his saxophone playing and is also a winner of the World Famous Apollo Theater’s Amateur Night. Currently Hervé is working on his debut Album Spirit Filled set to come out this Summer.

Rachel Ewers graduated from Nyack College on May 11th with a Bachelors degree in Childhood Education. She has been dancing for nearly four years. She began dancing as a hobby but now dancing is much more meaningful. She doesn’t dance just to dance, her dancing is to serve and minister for the Kingdom of God. Rachel has a loving family and friends that has supported and encouraged her throughout her life and she is so grateful for them.

Doria E. Hillsman is a graduate of the Johns Hopkins University (BA) and received a Master of Chemistry Education (MCE) degree from the University of Pennsylvania. She is a chemistry teacher at Spring Valley High School and has been teaching on both the secondary and post-secondary levels for 35 years. Ms. Hillsman has served as a Board member for the Arts Council of Rockland and is the Secretary for the Nyack NAACP. She holds leadership positions in the Rockland County Alumnae Chapter of Delta Sigma Theta Sorority, Inc., the Rockland AAUW (American Association of University Women), and her church, Christ Centered Ministries, where she sings in the choir. She is a violinist and has played with the Ridgewood Symphony and the Mahogany String Ensembles. She has acted in several local community theater productions, (Helen Robinson- “To Kill a Mockingbird”, Mrs. Bascom – “The Mouse that Roared”, Delilah, “King Shotaway”).

Suzette Rivera teaches viola, violin and piano privately in New York and New Jersey. She began piano lessons at age 4, clarinet at age 14, and viola in her high school years. She received various music scholarships during her undergraduate years at Hunter College. She then went on to New York University for graduate studies and performed with the NYU Contemporary Players at Carnegie Recital Hall. Suzette performs with various ensembles and vocalists at community events. Her passion is middle school and high school string orchestra conducting.


The Town of Ramapo is the sponsor of this program and we are extremely appreciative for their support. 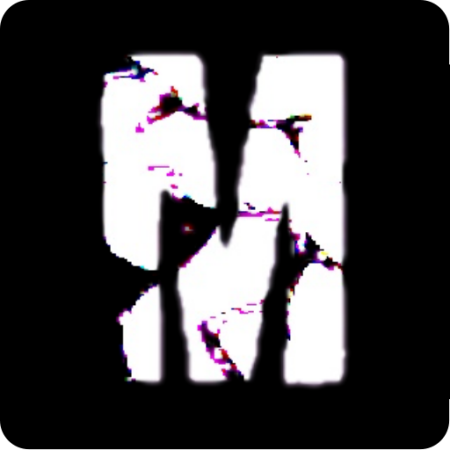